The Village Festival at Edinburgh Gardens 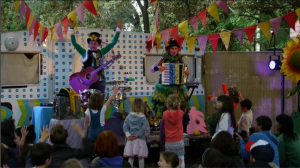 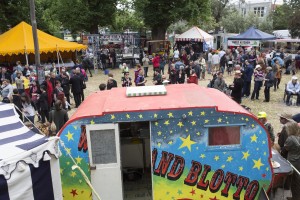 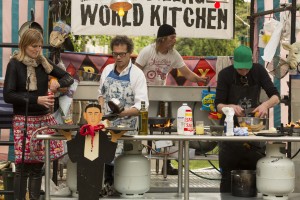 The Village Festival returned to North Fitzroy’s Edinburgh Gardens for four days and nights of music, mischief and mesmerabilia from Thursday October 30 to November 2, 2014.

It is hard to pinpoint, but this beguiling event has for seven years been the way that tens of thousands of Melburnians choose to start the summer festival season. Part old-school circus, part village carnival, and part risky art fair, the Village Festival is a quirky beacon of Melbourne ingenuity.

The series of highly decorated tents, caravans and inflatables is a gathering point for the country’s most brilliant magicians, musicians, theatre mavericks, visual artists, cooks and circus deviants. Enter through the gateway and enter into a different, and altogether better, world.

A highlight of 2014 was be a wedding (for real) which will be a fully participatory theatrical ritual, preceded by a series of workshops to make decorations and costumes.

Free to wander around. Get a session pass for only $10. That’s six hours of unlimited shows for $10 or $25 for the whole four days – insane! 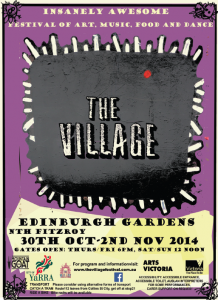